Ours is the most exhaustively tried and tested technology and it is proven to be highly effective at destroying airborne pathogens and pollutants and preventing the transfer of common illness transfer in indoor spaces. You can read more about our testing process below.

To test the technology’s effectiveness in instantly combatting the spread of viruses and germs in an indoor space the moment they are issued into the air or onto surfaces, the sneeze test was carried out at Kansas State University, one of a small number of independent, national accredited laboratories in the US.

The results were outstanding. They proved that our technology is capable of instantly destroying 99% of airborne germs and 94% of surface germs within a 3 foot radius from the source. Similar numbers were reported after minutes and hours proving the process is effective on a continuous ongoing basis.
LEARN MORE 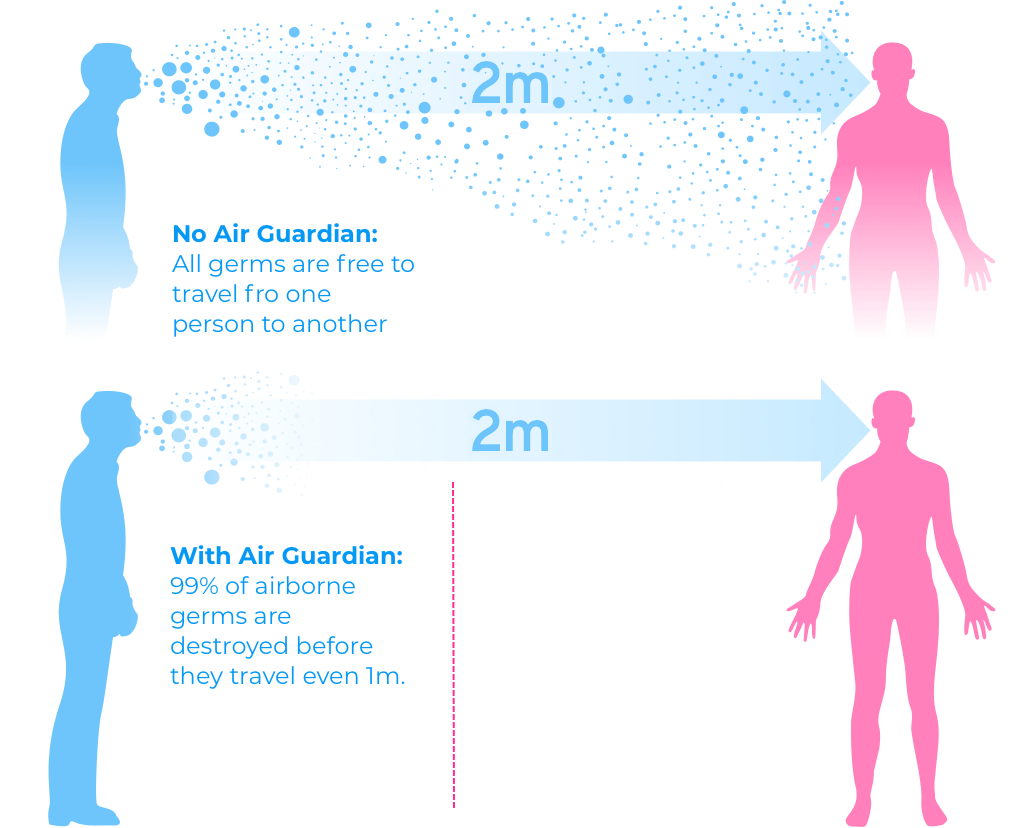